Arrest made in Stephanie Way collision 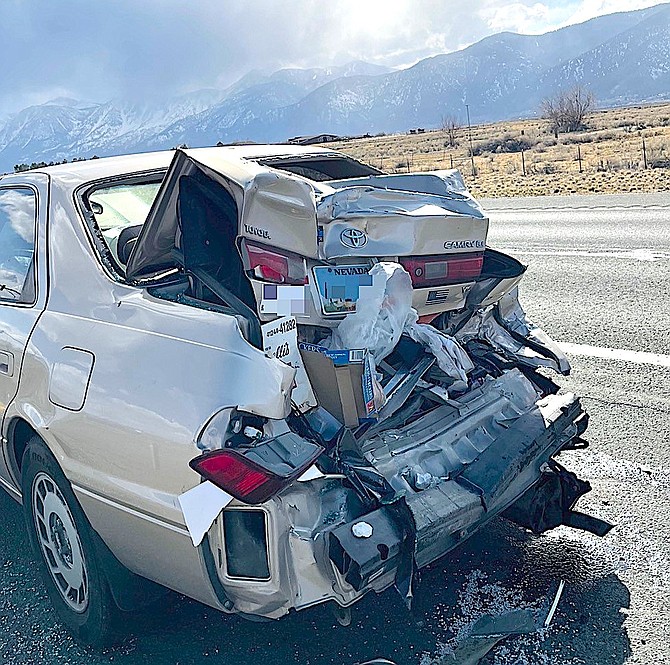 A Toyota was rear-ended in a hit and run collision that occurred in the turn lane at Highway 395 and Stephanie Way. Nevada Highway Patrol


Highway 50 was closed for nearly five hours after a three-vehicle collision resulted in a death near Glenbrook.
No detailed information has been released by the Nevada Highway Patrol as yet, which said one of the drivers may have been impaired.
The deceased driver was dead at the scene.