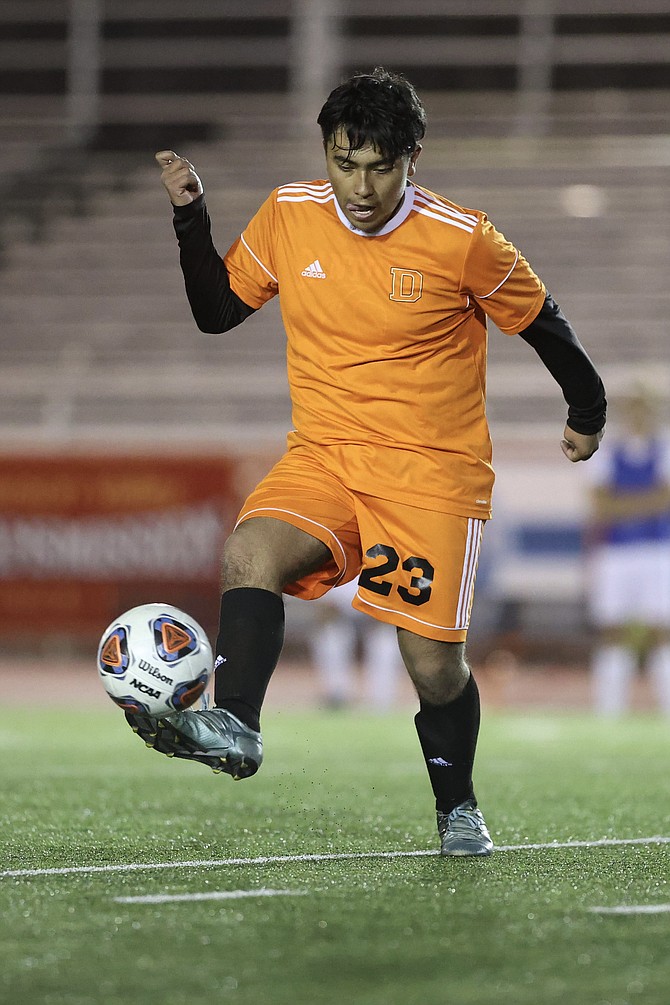 Douglas High's José Saldana Vargas traps a ball during the Tigers' season-opener against Bishop Manogue. The Tigers played to a 2-2 tie with the Miners. Photo by Ron Harpin.