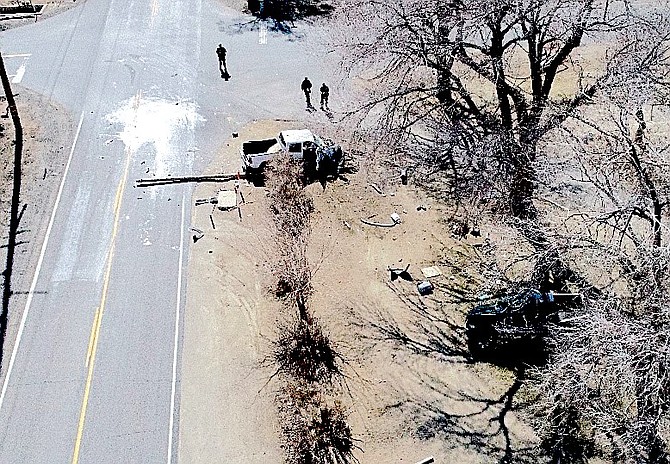 The scene of a fatal collision at Lower Colony Road and Day Lane in Smith Valley on Saturday. Nevada Highway Patrol

The second fatal collision in five days claimed the life of a  62-year-old Mammoth Lakes man, who succumbed to injuries he received in a collision in Smith Valley last weekend.

Lawrence Myrold died on Tuesday as a result of injuries received in the collision.

He missed the stop sign at Lower Colony Road and collided with a 1998 Dodge Ram pickup, causing the Dodge to overturn.

The crash is being investigated by the Nevada Highway Patrol Northern Command West Multi-Disciplinary Investigation and Reconstruction Team.