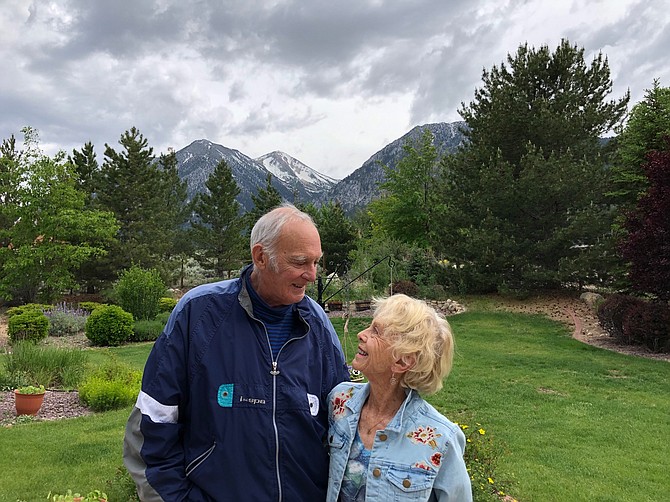 Kerstin and Charles Wolle of Gardnerville celebrated their 60th anniversary on Saturday.

A native of Lidingo, Sweden, Kerstin met Charles in Iowa while she was an exchange student. They married in Stockholm, Sweden, on June 26, 1961.

The young couple lived in Iowa, where they raised four sons while Charles practiced law before being nominated for a seat on the Federal judiciary in 1987.

They moved to Genoa in 2001 after discovering Carson Valley when Charles taught law courses at UNR, later moving to the Foothill area in Gardnerville.

Kerstin became active in the community, serving as president of the Carson Valley Trails Association for several years.

Under her leadership, funding was raised to plan and build many miles of new trail. She continues to hike regularly, and hikers often meet her on the trail. Charles is still active in the judiciary.

In addition to their four sons, Karl, Erik, Thomas, and Aaron, the Wolles have nine grandchildren, ranging in ages from 31 to 15.

They celebrated quietly this year, but next June, the family will gather to celebrate the Wolles’ 61st anniversary and the wedding of their eldest grandchild, Hanna, at Lake Tahoe.