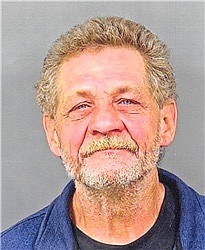 A homeless man faces life in prison without parole after he admitted Monday to raping a woman to death in a tent in November.

Melissa Ann Riley’s body was found inside a tent smeared with blood near the Home Depot in Indian Hills.

According to court documents, Riley was raped with an object that severed an artery and she bled to death.

During Monday’s hearing, Hayes agreed that he tortured Riley to death when she was mentally or physically unable to stop him.

Sentencing was set for Aug. 26. Hayes is not eligible for probation.

During a May 21 preliminary hearing Douglas County Sheriff’s Office personnel testified that Hayes told them he got drunk and blacked out. When he sobered up he said he found Riley dead in the tent with him.

A deputy testified that when he asked Hayes a standard question about whether he’d recently suffered a significant loss, he replied “Well, I just murdered someone, that’s why I’m here.”

He has been in custody without bail since he was arrested.