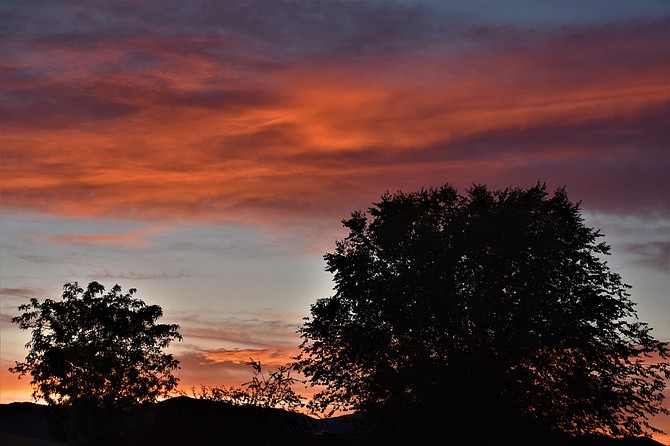 Drift smoke from Arizona tinted the sky in Carson Valley in this photo by Tim Berube.

Around two dozen lightning strikes were detected in the Pine Nuts, according to the web site lightningmaps.org
One strike was detected just east of Orchard Road in Gardnerville at about 5:45 p.m. The lightning seemed to abate around 6 p.m.
The thunderstorm moved off to the northeast according to the National Weather Service.
A heat advisory that was originally supposed to expire 8 p.m. Friday has been extended until 8 p.m. Sunday with high temperatures of 96 and 97 degrees on Saturday and Sunday.
Friday hit 100 degrees, breaking a 97-degree record set in 1985.