Pony Express on time but Internet running behind 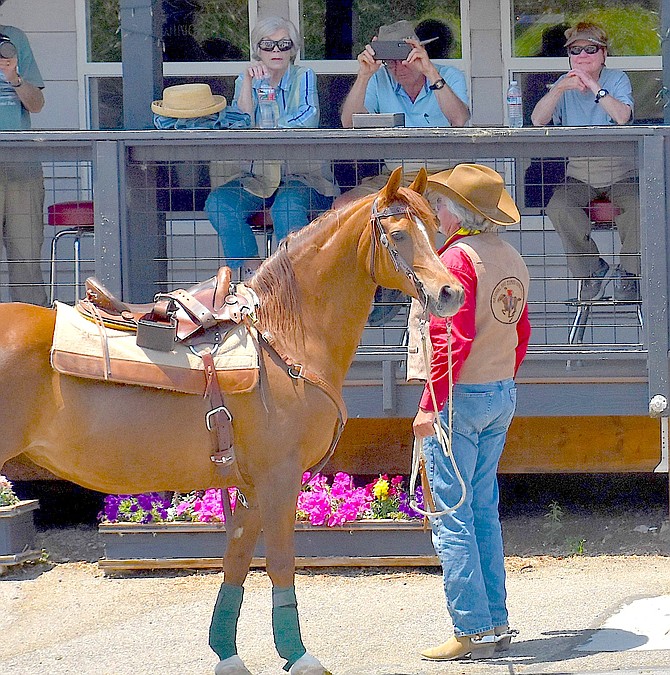 The Pony Express rider in Woodfords. Photo by Tim Berube

The technology of the 19th Century was galloping along, leaving the 21st Century in the dust on Thursday.

The ride began on time at 2 p.m. Wednesday, but the GPS tracker in the mochila was not operating, leaving residents to wonder why reports from the trail had the pony 90 minutes late arriving in Woodfords.

“It took about 20 miles to catch up,” according to the stable master.

The rider was reported arriving at Woodfords at 1:30 p.m. and Genoa by 4 p.m., which was slightly behind the original estimate.

According to the Pony Express hotline, at 6:14 p.m. the horse was at Deer Run Road and Highway 50, about 15 minutes ahead of schedule.

As of 7 p.m. the rider was approaching Dayton.

The tracker is running about two hours behind the actual horse for those folks following along at home.

Churchill County Communications in Nevada is at 855-809-8589 to receive reports from the trail.

They expect the relay to arrive at its destination and the mail at 7:30 p.m. Central Time June 26.