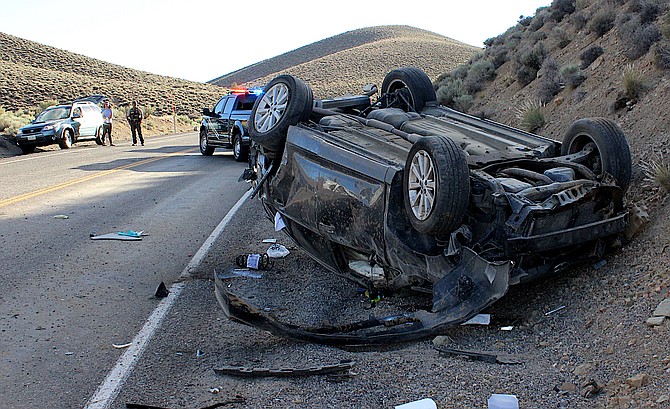 A Wellington woman was killed on Saturday after she was thrown from a vehicle during a rollover collision just east of the Douglas County line.

According to the Nevada Highway Patrol’s initial investigation, the Toyota’s 17-year-old driver left the right side of the roadway onto the shoulder and overcorrected causing the Venza to skid sideways and rollover.

Shrum wasn’t belted in and was ejected from the Toyota. The driver was able to climb from the wreckage on his own.