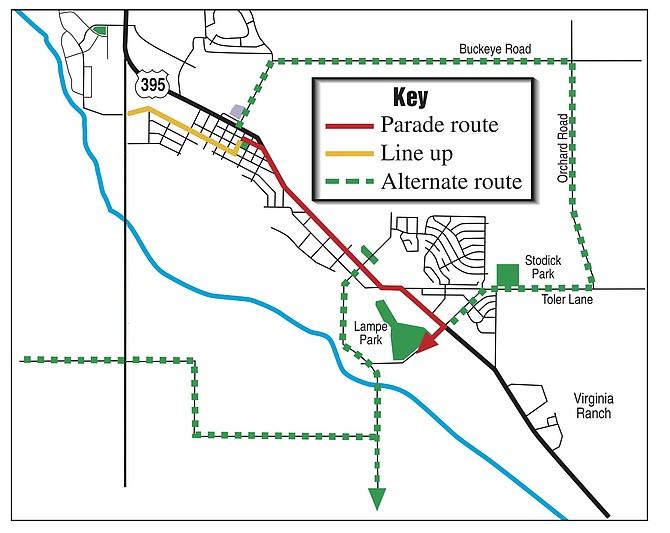 The Carson Valley Days Parade route through Minden and Gardnerville will close many side streets in the two towns.

“Due to the high volume of traffic within the Minden-Gardnerville town areas please use extra precautions when travelling through the towns,” officials said. “If you need to travel across town prior to the parade, please plan ahead.”

For information regarding the parade, visit https://www.carsonvalley2030.com/carson-valley-days/.

Bottles and cans are prohibited on the public streets in Gardnerville from 9 p.m. Friday to 6 a.m. Saturday.

“Not sure if you’ve had too much to drink? Then don’t drive,” officials said. “Douglas County Sheriff’s Office reminds you that law enforcement will be out in full force throughout Douglas County during the Carson Valley Days Weekend. Don’t risk harming others, losing your license, your car and freedom. Plan before you start drinking. Designate a sober driver, call a friend, take cab or do a ride-share app or you’ll be taking a ride straight to jail.”