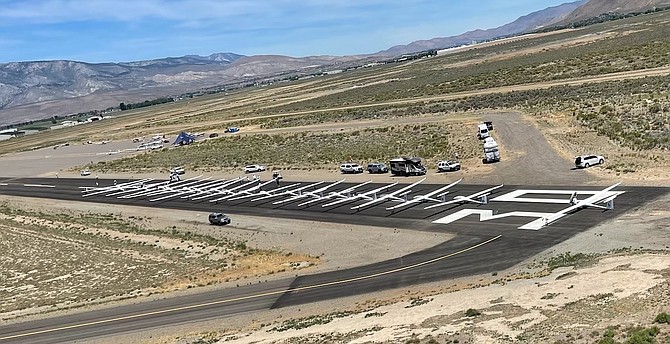 Weather prompted the cancellation of the last three days of the 2021 Open-15-Meter Soaring Nationals at Minden-Tahoe Airport.

Featuring standard, 15-meter, 18-meter and sports gliders the competition was sponsored by the Minden Soaring Club and sanctioned by the Soaring Society of America.

Competition began on May 31 and featured six good days, according to race officials before the weather turned.

Last week’s warm temperatures gave the gliders the thermals they required for lift and speed.

But high temperatures were expected to drop 27 degrees between Thursday, which tied a 97-year-old record of 96 degrees, and Wednesday’s forecast high of 69 degrees.

Officials wrote on the Soaring Society of America’s social media that the winds that brought the first red flag warnings to Carson Valley were crosswinds that didn’t favor Minden-Tahoe Airport.

“Bottom line is we used every good day we had and used them to the fullest,” organizers said. “In the end, since the forecasted weakening trend was being verified by our ace weatherman Dan Gudgel, we decided that instead of sitting and waiting for the inevitable, we would pull the plug and call it good with six really good days.”

Pilot Rick Indrebo ended up with the crown in the 15-meter class followed by fellow Californian Peter Deane in second place, according to SSA.org unofficial results.

In the open class, Dan Mockler ranked No. 1. Minden pilot Jim Payne flew a Nixus glider, holding second place through the first half of the open class, but stopped flying days 4-6.