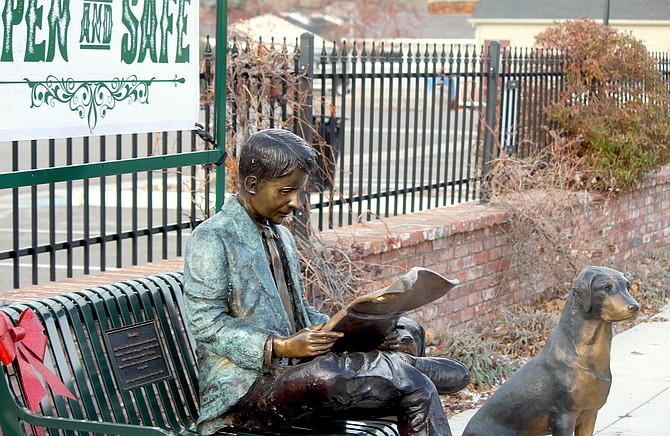 One of the joint projects between the Town of Gardnerville and Main St. Gardnerville was the statue on a bench near Sharkey's. Photo by Kurt Hildebrand.

Main Street Gardnerville is now accepting applications for a new program director to lead the non-profit organization. The position serves as the central advocate for the downtown district; acting as liaison between the program, public and private agencies, civic groups, downtown stakeholders, and the community.

“Main Street Gardnerville has seen some exciting changes over the past year,” said Meredith Fischer, current board president. “We are looking for a new program director to not only continue the existing success but to also take it to the next level.”

“This position is part small business advocate, part community champion and part visionary,” Fischer said. “Every day you get to come to work and make a difference.”

Matt Bruback, the former director, accepted a position as the town manager of Genoa earlier this month.

A full job description can be found on Indeed. To apply, email your resume and cover letter to hiringmainstreetgardnerville@gmail.com.