Car thief fails probation all the way to prison 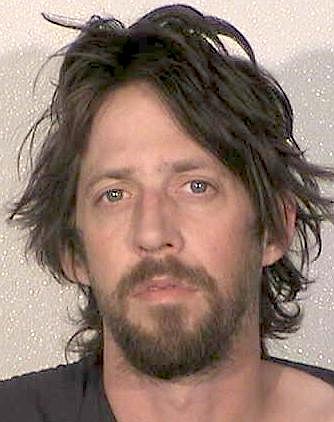 A Sparks man’s probation was revoked on Tuesday after he failed to participate in a drug treatment program or make a significant effort toward paying nearly $5,000 in restitution related to a May 2019 arrest.

Kyle Earl Dean, 28, admitted he stole a vehicle and sold a set of professional golf clubs that was inside. He was placed on a drug diversion program, but then was the convicted of another theft in Washoe County.

“He’s only paid a small portion of what was lost, and I don’t expect to see this restitution ever paid,” Prosecutor Erik Levin said. “I think he has earned this prison sentence.”

During the intervening two years, attorney Kris Brown said Dean spent 278 days in custody in Washoe County. He’d made $900 in payments toward the restitution.

“I feel like I’ve made a lot of progress,” Dean said. “I’m the most sober I’ve been in 10 years and I believe I can do better.”

Dean was sentenced to two 12-30-month prison terms for possession of a stolen motor vehicle and a controlled substance. The sentences will be served simultaneously. He was given credit for 152 days time served.

• A California man admitted Tuesday he had four stolen catalytic converters when he was arrested on April 19.

Nathaniel Anthony Corona, 23, was pulled over after an incident at Silver City RV Park involving a golf cart key.

Deputies found the four stolen catalytic converters, along with a Sawzall, blades, a torch and boltcutters.

Another man, Broderick Allen Johnston, 26, was also arrested in the vehicle.

• A Reno woman who has been sought on a warrant for nearly two years admitted to a felony drug possession charge on Tuesday.

Krystal Roseanne Olano, 33, will likely get mandatory probation as a result of her June 24, 2019, arrest.

She reported failed to appear a couple of times to deal with the case before she was arrested on the warrant.

While awaiting her July 20 sentencing, she will remain in custody.

• A Stockton man arrested after he was found in a car with a woman who had a restraining order against him admitted to talking to her on the phone while he was in the jail.

Carlson Bryant has been in custody since May 3 after a traffic stop revealed he was the adverse party in a restraining order issued to the passenger.

Bryant said he was helping the woman move to Reno, and prosecutor AJ Hames said he listened to the call, and that the two appeared on good terms.

Sentencing on gross misdemeanor violation of a protective order was continued until Nov. 30. Bryant remains in custody on a warrant out of Sparks.