New faces and places along 395 corridor 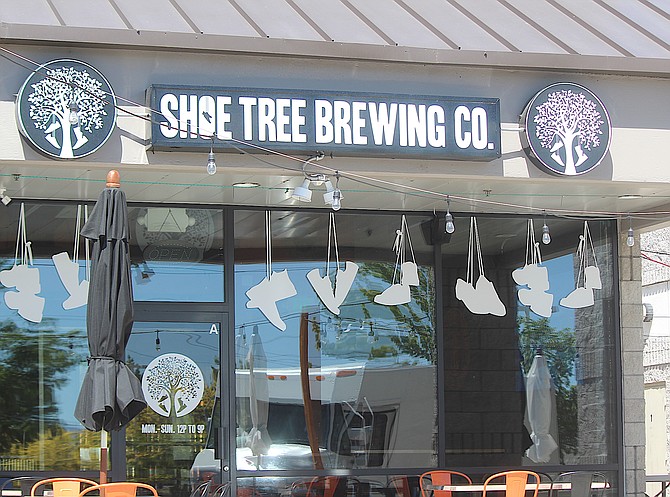 Shoe Tree Brewery opened in Minden recently. The brewery located next door to the Ironwood Cinemas has been in the works since before the pandemic.

The opening of Shoe Tree Brewery in Minden’s Ironwood Center is just one of several changes to Minden-Gardnerville’s downtown business landscape.

One of the oldest structures in Gardnerville will see a new operation.

The Ritchford Hotel has been the location of several eateries over the past 120 years.

Gardnerville Ranchos favorite Cocomoes announced earlier this month that they were reopening in the Ritchford, home to the former New Rancho Grande for many years. Rancho Grande closed around a half-dozen years ago and the location has been pitched as a possible location a few times since. The hotel and stables, located near the intersection of Douglas Avenue and Main Street opened in 1901.

Cocomoes has been serving Carson Valley residents both at its location on Tillman in the Ranchos and catering for the last five years. The new location will be called Cocos on Main. For information follow them on Facebook.

The restaurant at 1488 Main St. in Gardnerville was originally the Two Guys from Italy opened in the early 1990s.

El Aguila Real opened in the location in 2015.

For more about Sonney’s, visit their web site at www.sonneysbbqshack.com

One former Minden restaurant is getting a makeover after it changed hands in April.

The former Pipeline and Depot 395 was purchased by Joe Benigno’s Tree Service. Workers have been reroofing the property. Benigno’s location on Industrial Way in Gardnerville was destroyed in a fire that occurred in March.

Work is progressing on the new McDonald’s in Minden, expected to be completed this summer.