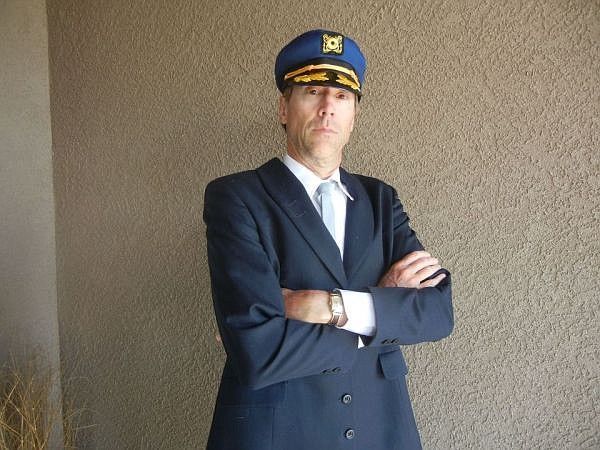 Steve Hale will present a Chautauqua of George Whittell Jr. at the Dangberg Home Ranch Historic Park on Wednesday.

In July, events continue with a Chautauqua presentation of George Whittell Jr. and a presentation on Dominque Laxalt at the Dangberg Home Ranch Historic Park.

Whittell lived off the interest generated by the millions he inherited from his parents. His enormous assets allowed him to purchase the Nevada side of Lake Tahoe where he built the Thunderbird Lodge in the 1930s. The house was designed by prominent Reno architect Frederick DeLongchamps. This included a 600-foot tunnel connected to a boat house to berth the "Thunderbird," his fifty-five-foot mahogany yacht.

In his 60s, Whittell's fondness for animals increased and his toleration of people waned. He often brought his favorite four-legged friends to Tahoe for the summer, including Mingo the elephant. He did maintain a small group of associates who joined him at the Thunderbird Lodge for high-stakes card games and all-night drinking parties in his Card House. Among his guests were baseball legend Ty Cobb and, purportedly, Howard Hughes. Following his death, Whittell left a legacy of public lands at Lake Tahoe and bequests to animal rights organizations.

Hale has been presenting selected Western historical figures for more than two decades. Hale has performed at state parks and national parks throughout the West coast, Yosemite's Valley Theater during the National Park Service's 100th Anniversary, fundraising events, dinner theaters, commemorative events, Chautauqua venues, and in repertory with other Chautauqua performers. This event is $10 for adults, and free for members and youth 16 and younger.

Dr. Michael Fischer will give a presentation on "Dominque Laxalt: An Iron Man that Started in a Wooden Wagon,” 10 a.m. July 24.

In about 1906, Laxalt, a Basque sheepherder from Soule, France, arrived in Nevada. While he had little education and didn't speak English, Dominique soon became a successful sheep and cattle rancher in Nevada and California.

In 1922, the livestock market crashed, causing Dominique to seek work on ranches throughout Nevada and Eastern California. In 1926, the Laxalts, who would eventually have six children, settled in Carson City, where they operated the French Hotel and owned the Original Ormsby House. Dominique soon returned to the sheep business, raising herds in the mountains above Carson City as well as in Dayton and at Marlette Lake.

Fischer was raised and educated in Reno public schools and earned a Bachelor of Science degree from the University of Nevada, Reno, and a doctor of Dental Surgery degree from the University of Southern California. After working in private practice for 31 years, Fischer retired from dentistry and was appointed, serving in both Gov. Gibbons' and Gov. Sandoval's cabinets until the Department of Cultural Affairs was formally disbanded. He is now an independent scholar whose interests include the history of Nevada cowboys and ranching, politics, bootlegging, gambling, and crime. This event is free to the public.

Bring seating and no pets are allowed - service animals only. Guests are welcome to bring a picnic to enjoy as no food or beverages will be sold at these events. All events are held outdoors.

"We are indeed fortunate to have such talented presenters sharing our rich history, and are excited to welcome both gentlemen back to our Summer Festival," said Events Manager Kim Harris.

Upcoming events for the festival season include Kim Harris performing a Chautauqua of "Calamity Jane" on Aug. 4; author David Woodruff will give a presentation on "Tales Along the El Camino Sierra on Aug. 7; Monique and the Motley Blues will perform blues and funk music Aug. 12; and the Silver State Model T Ford Club will give a presentation on "The Car that Changed the World” Aug. 14.