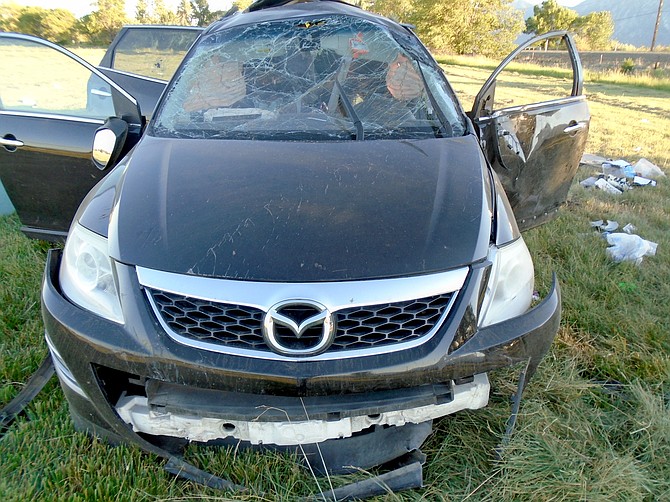 A Mazda that left Highway 88 on June 26 resulting in the death of a Reno woman and the arrest of a California man.

A California man is facing a felony in connection with the death of a Reno woman in a rollover that occurred June 26.

Driver Gregory Bettis, 49, of Redding was southbound on the highway south of the roundabout in a 2010 Mazda CX-9, when he allowed the vehicle to cross the centerline and exit the roadway.

The Mazda continued down the embankment, struck a fence and overturned.

Katelyn Shobert, 34, was unrestrained and was ejected from the vehicle, according to the Nevada Highway Patrol.

Bettis was taken into custody on charges of driving under the influence causing death, failure to drive in the lane, driving with a suspended license, possession of drug paraphernalia and two warrant.

The crash is under investigation by the Nevada Highway Patrol Command West Multi-Disciplinary Investigation and Reconstruction Team.