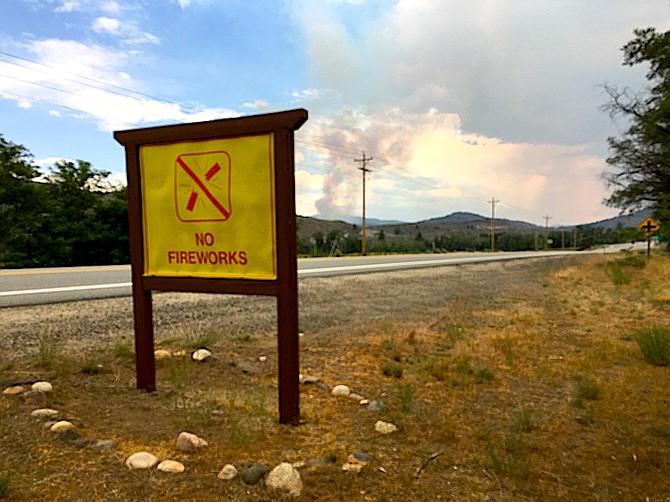 Fireworks are prohibited across the Sierra Front

Several reports of fireworks going off over the Fourth of July weekend were received from areas all over Douglas County.

Fireworks are illegal in the county due primarily to the extreme fire danger they pose.

While no one was arrested for fireworks, 46 people were taken into custody on a collection of other charges at Lake Tahoe and Carson Valley, according to the Douglas County Sheriff’s Office.

Possession of a controlled substance is a felony in Nevada.

Four arrests were made for trespassing and three for domestic battery, with one arrest for battery and one for disorderly conduct.

There were also a variety of warrant arrests over the weekend.