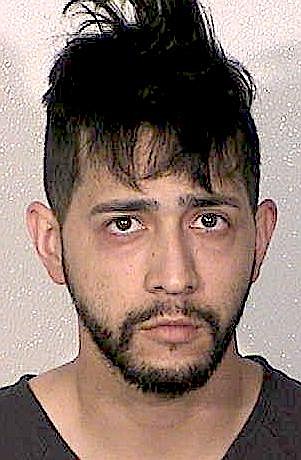 A report of a reckless driver northbound on Highway 395 resulted in the arrest of a Washington man and the seizure of the fireworks he had in his trunk.

Deputies responded at 4 p.m. Wednesday to a report of a Nissan Altima passing two vehicles on the double yellow line.

The Nissan turned onto Riverview and a deputy on Dresslerville spotted the vehicle.

Michael Robert Brown, 28, was driving the Nissan. The deputy said he could smell marijuana coming from the vehicle and that Brown’s eyes were red and bloodshot.

Brown failed a field sobriety test and was taken into custody for driving under the influence of a controlled substance. Brown was found with a fifth of an ounce of cocaine in his pocket.

Numerous fireworks were found in the trunk of the Nissan and were booked and collected for destruction.

Fireworks are illegal to sell, possess or use in Douglas County.