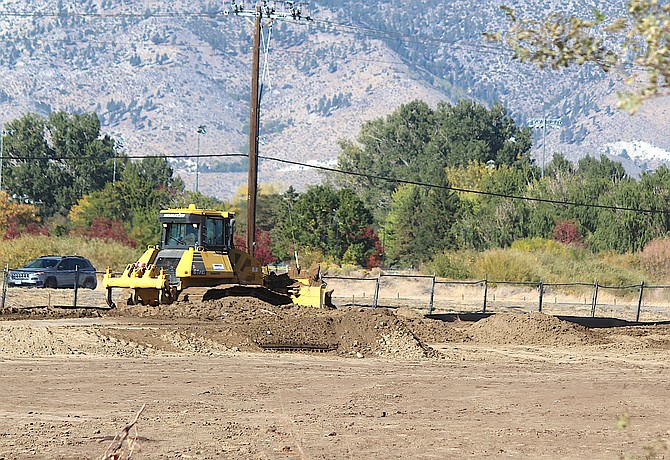 A tractor works on the Gardnerville Maverik site in October.