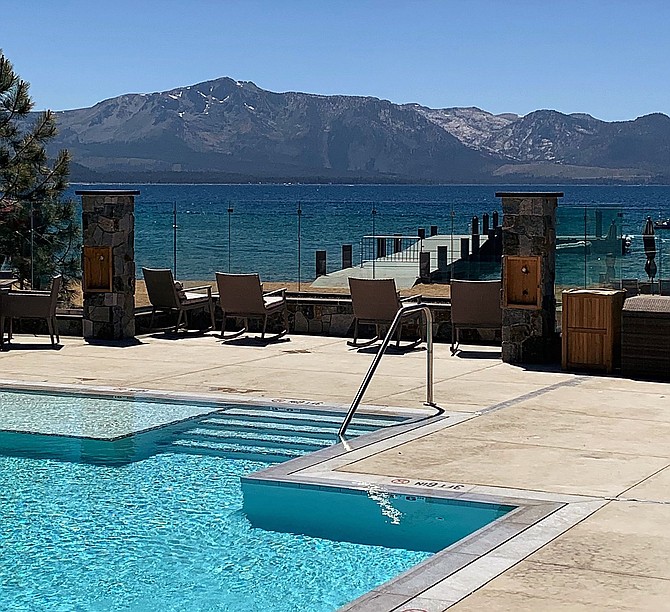 An interior photo of Beach Club.

After being denied a 30-percent break on their $35.1 million tax valuation on Thursday, an attorney for Tahoe Beach Club said owners will be “evaluating our next steps” on whether to appeal.

Attorney Josh Hicks, representing Tahoe Beach Club, appeared before the Douglas County Board of Equalization on Thursday to appeal the project’s tax bill.

Board members denied the appeal of the tax

The board voted 4-1 to uphold the Assessor’s finding of value on the property, with member Gary Boudreau voting no.

Hicks argued that Beach Club and Edgewood should be assessed similiarly for their projects, and claimed that in some ways, Edgewood was superior. While both properties have private beach access, he said Edgewood has much more beach, a private road accessing the cabins and is closer to the casino corridor.

Tahoe Beach Club has 97 proposed units that the owners have not yet started construction. In the next phase of development, 32 units will be built, 59 percent of which have already sold.

“What you have just heard was the longest, most drawn out, most desperate attempt to turn opinion into fact,” Tholen said to start his rebuttal

One of Tholen’s biggest arguments was that Edgewood is zoned for recreational use while Tahoe Beach Club is zoned for residential use. Because of the different zonings, they cannot be considered comparable properties.

“Considering the different zoning, I just really don’t know if they are alike,” said board member James McKalip.

Another sticking point for the board was the fact that the land in question is undeveloped. The next phase of development likely won’t be finished for two to two and half years. The project won’t be fully developed for five years.

Patrick Rhamey, CEO of the Beach Development LLC which oversees real estate for Tahoe Beach Club, said while Tahoe development is on the up right now, it’s hard to tell what the market will be like in five years.

Board member Tim Plaehn was disturbed by the significant difference between the values of Tahoe Beach Club and Edgewood, although he thought the issue is likely in Edgewood’s assessment.