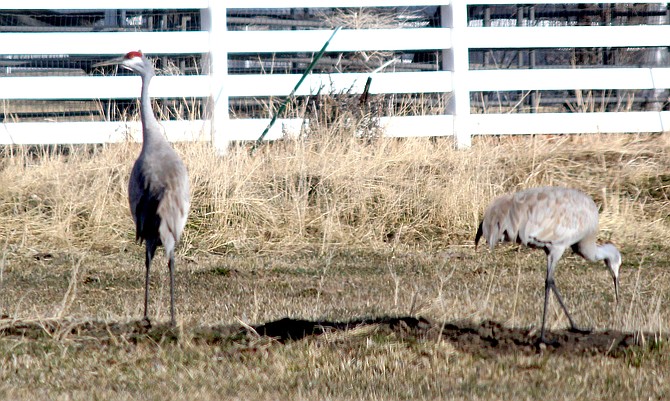 Regarding the commotion over the Feb. 18 Douglas County Commission meeting item 14, regarding Muller Parkway funding, there may be more to this story than has been told.

As I understand it, commissioners submit items to be placed on the meeting agenda to the county manager. Either he or members of his staff write up the item, choosing their own words to describe the item’s intent. After all agenda items for that meeting have been submitted, the agenda is printed, circulated, and placed on the county meeting website.

Only then do the commissioners see their items as agendized.

Either the submitting commissioners should do their own agenda write-up or staff’s wording should be brought back to the commissioner to ensure the commissioner’s intent was correctly and clearly represented before publication.

I think a good part of the contentious handling of public comment on item 14 was because, inadvertently or deliberately, the wording did not clearly convey the submitting commissioner’s intent.

I am recommending that the BOCC Chair review the procedure for placing items on the commission’s agenda, to give the submitting commissioner the opportunity to verify that the wording clearly expresses his or her intent.

This week’s letters column will include criticism of one or more commissioners as to how the public comment discussion was handled. Fair enough, but keep in mind that the current procedure for publicizing agenda items is a recipe for misunderstanding.

A little bit of a misdirection

Principles of good governance and the Open Meeting Law require county commissioners to hear public comment on matters before them for action. Unfortunately, at last week’s meeting, County Commission Chairman Engels summarily cut off three of five members of the public attempting to comment on the Muller Parkway agenda item. Finally, in an effort not to be cut off after his first sentence, the fifth member of the public began his comments with “I’ll try to be extraordinarily careful with what I say here.”

Engels began the agenda item stating: “this is a little bit of a misdirection in regard to this agenda item.” Later he explained that the intent of the agenda item “was not right in the agenda.” He held the public to an impossibly fine line: they could talk about the transfer of funds, but not make reference to Muller Parkway or the contract to design it. Even he and another commissioner could not maintain that fine-line distinction; they both included in their own subsequent comments matters relating to the contract – the very matters the chair had cut the public off from commenting on.

All commissioners are responsible to guard the public’s right to open governance. Commissioners, speak up when public comment is cut off, especially when members of the public are cut off before they have indicated what they will be speaking about. Seek counsel from your attorney before allowing the chair to improperly restrict public comment. Ensure that written agenda items reflect your actual intent prior to the posting of the agenda. If agenda items don’t reflect your intent, postpone them and rewrite the agenda items.

Every member of the public has the right to involvement in county governance. These steps will help.

I’m starting to get discouraged about trusting anything.

The national situation is sad. The November election left us with little to be happy about. One exception was the local result.

I looked forward to having commissioners who might do something to protect the valley from so many houses being built everywhere. I got lots of postcards promising to stop so much development. Park’s 2,500 homes on what should be open fields made me think the old board majority didn’t understand or didn’t care what was good for the county.

I expected a weaning down of spending for things that only made government bigger and more controlling.

I voted for Mark Gardner, Walt Nowosad, and Dave Nelson because they said they were guys who would bring change. Then Nelson lost by 17 votes, but that still left a majority for truly slow growth and better money management, or at least that’s what I thought.

But now I see it didn’t matter who won in the Gardner vs. Walsh race in the primary (since the Republican who wins the primary wins in November). I guess Gardner just isn’t a “Promises Made, Promises Kept” person.

The last board meeting showed Mark has no intention of representing those of us who have conservative views and who oppose government taking over our lives. First he votes for a waste of time water study and then he endorses the Park agreement. Did he even read his campaign stuff?

The new board is off to a rocky start. I hope it can get its act together before more bad decisions are made, and I hope Gardner wakes up to how much of a betrayer he’s been so far.