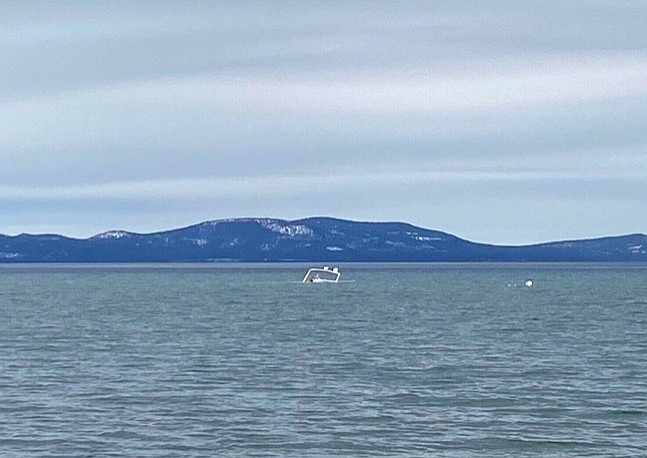 An abandoned boat sunk off Pope Beach is scheduled to be raised today.

The EPA, in coordination with the El Dorado County Sheriff, the Lahontan  Regional Water Quality Control Board, the Tahoe Regional Planning Agency and the California Department of Fish and Wildlife Office of Spill Prevention and Response is taking action to raise the vessel after a Feb. 15 report indicating the vessel had begun leaking oil.

EPA will spend approximately $20,000 to remove the vessel and associated debris from the lake and has hired High Sierra Marine Inc. to perform the work. The vessel, believed to be an abandoned 40-foot recreational boat, sank approximately 300 yards offshore from Pope Beach Road.

Repeated efforts by multiple agencies to identify and contact the owner of the vessel have been unsuccessful.

The action is being taken under EPA’s emergency response authority. The agency’s emergency response program responds to oil spills; chemical, biological, radiological, and nuclear incidents; and large-scale national emergencies, including homeland security incidents. In all such incidents, EPA coordinates closely with state and local agencies.