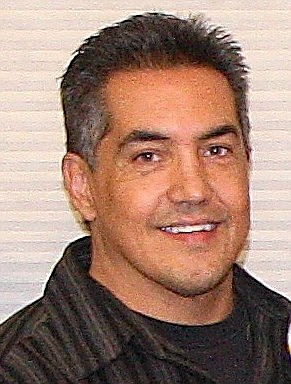 Torres has 34 years of experience working with at-risk youth at Rite of Passage, China Spring Youth Camp, Aurora Pines Girls Facility and Juvenile Probation. A Douglas County employee since 1993, Torres was hired by Juvenile Probation in 2006 and graduated from the P.O.S.T. academy the same year. In 2015, Chief Torres was promoted to Deputy Chief and has served as Interim Chief since October 2020.

Torres and his wife, Neyzer, are parents of three daughters who graduated from Douglas High School. Neyzer was a Spanish teacher at Gardnerville Elementary School for 10 years prior to serving the last 15 years with Partnership Douglas County.

“Mike and his family have contributed mightily to Douglas County over the past three decades,” said District Court Judge Tom Gregory. “Mike’s vast experience with at-risk youth is something to behold. The Juvenile Probation Department is vital component of our growing community and I have the utmost confidence in Mike’s ability to lead the way forward.”

Torres said he was looking forward to the new challenge.

“I am humbled at the opportunity I’ve been given to lead the department of Juvenile Services for Douglas County,” he said. “We have a great team of people at our probation office and detention center and are blessed to have a great community to work for. I am looking forward to meeting the continued challenge of redirecting at-risk youth out of the justice system and onto a path of success.”