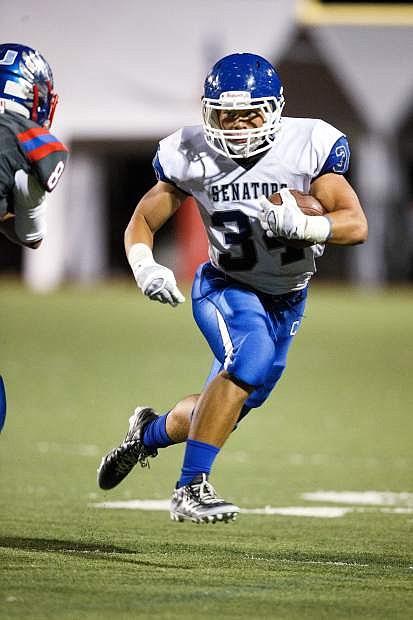 
Executive Director Bart Thompson said it's possible for six football games to be played if schools were ready to go, but five games seemed like the most likely scenario for most programs.
Though football has lost a couple days of practice, the NIAA anticipates that any school wiling to take the appropriate safety measures should be able to move forward with scheduling competition in the near future.
Clark County is still not expected to participate in the fall sports slate.
NIAA assistant director Donnie Nelson and Thompson both took the time to give their condolences to the basketball and wrestling athletes that lost a season.
"They kind of got strung along during the winter season, hoping we might see a change. Unfortunately, that did not come," said Thompson.
"From our hearts, we are sorry," said Nelson. "We certainly feel for our seniors. ... For all of our participants of basketball and wrestling, our hearts go out to you."
The NIAA said it plans on spending tonight and the coming days implementing a testing program for all coaches, staff and athletes that will allow contests to be conducted in a safe manor.
"Carson City School District is ready to meet the needs laid out by the Governor in his latest (directives)," said Dan Davis, Carson City School District's public information officer.