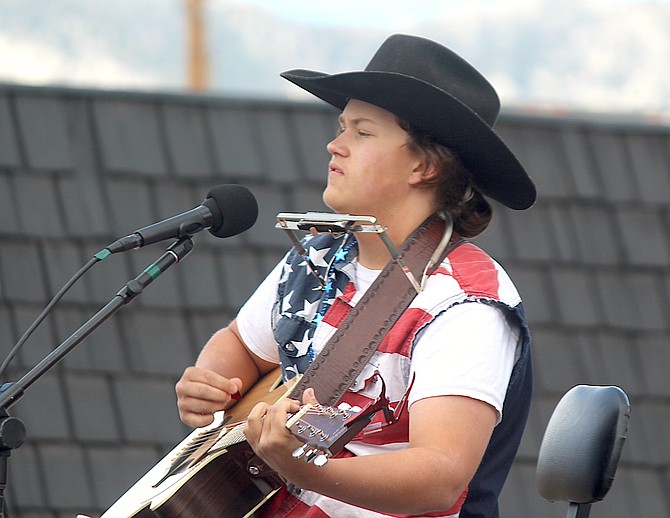 This year's parade theme will go to space with a theme of ''A Valley Far, Far Away'. The club will make another announcement once parade and vendor applications are available to the public.

“As we are all painfully aware of at this point, there are no guarantees,” Parade Chairman and National Past President Tommy Lovell said. “However, should the world be ready in June, the Carson Valley Active 20-30 Club will be ready and excited to do what we have done for decades. Present the best and most entertaining weekend possible for all of us who love calling the Carson Valley home.”

With the announcement on Thursday that the pandemic restrictions will likely be lifted by May 1, the club plans to hold the parade on June 12 as part of the four-day festival that includes a carnival and a variety of other events.

“As with every year, one of the first steps in planning the largest event for this community is selecting the theme for the parade,” Lovell said.

The parade forms up at Douglas High School and rolls up County Road, by Minden Park and then up Esmeralda Avenue to Highway 395. It wraps up at Lampe Park on Waterloo.

While the associated events were cancelled last year, the club held the parade as scheduled.

Accolades Trophies even created a special coronavirus Carson Valley Days button that collectors can purchase from the Gardnerville store.

Easily the largest event held in the Valley, Carson Valley Day is a celebration of the Valley’s agricultural bounty.

Members of the Reno Auto Club drove 50 vehicles to the town, which wound up serving as the first parade.

The celebration added a parade that has been held continuously since 1946 and expanded to two days in 1954.

Over the years, the event added a carnival and a variety of Valley nonprofits have been included.