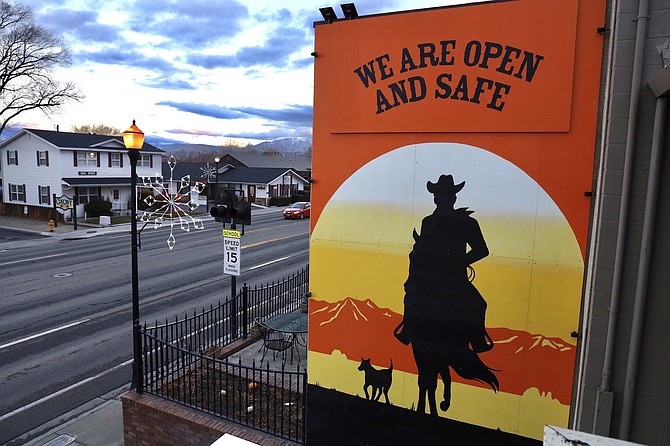 A mural welcomes and reassures shoppers that Gardnerville is open and safe.