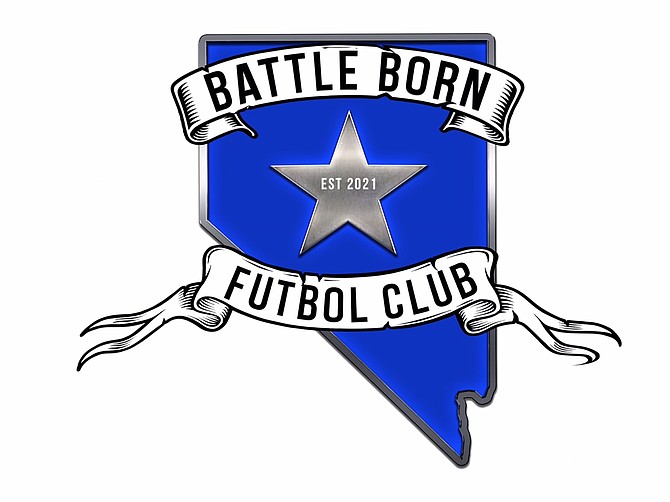 A continued interest in expanding the soccer realm in Northern Nevada will keep growing as local coaches and a business owner will bring Battle Born FC to Carson City.

Battle Born FC will be a UPSL expansion franchise, looking to kick off its inaugural season in two months when the spring UPSL season begins in the middle of March.

It’s an ambitious endeavor, even in non-pandemic times, but the three-headed combo of Marc Radow, Andrew Robles and Frank Martinez are as determined as ever to give soccer players another step.

Radow and the coaching staff are determined to commit to a team capable of bringing in community interest as well as providing a player pathway to those who are looking to continue playing professionally.

Radow, who is the CEO of SportLogic and RoxiSpice, will serve as the team’s president.

Robles, the Douglas High varsity girls coach, and Martinez, Carson High’s boys coach, will make up the coaching staff as both want to continue growing soccer’s popularity in the community.

Finding and growing a player base will serve as the breadbasket for the team.

The coaching prowess between Robles and Martinez as well as the community connections are the basis of which they plan to shape the franchise.

Martinez’s role also will extend as the team’s head scout.

Robles and Martinez’s connections in the area have already lined up a roster of 40-plus players for tryouts and the coaching staff is hoping to have between 26-28 players on the first game day roster.

The club will be a PDL (Professional Development League) team, meaning Robles and Martinez will be using players over a broad age range. They expect to have recent high school graduates as well as players in their late 20s, taking one final shot at a professional soccer career.

If it’s a project that sounds familiar, it probably should.

Western Nevada FC was a UPSL franchise created in Carson in 2016, but it closed its doors quickly.

The Nevada Coyotes also existed in Northern Nevada for a few seasons, playing games at North Valleys High School, before closing up shop in 2019.

Radow says community connection will be the difference between the previous UPSL franchises and the future of Battle Born FC.

It’s a project that has been discussed between Radow and Robles for years, but one that they feel is finally coming to fruition.

Since moving to Northern Nevada, Robles has been anything but shy about his desire to grow the sport he’s obsessed over since his youth.

Soccer is the reason he was able to escape his hometown and building a successful product, especially one inside of the community in which he lives, makes the young coach beam from ear to ear.

“We’re adding that next step that is missing in the area,” said Robles. “Bringing in people like Frank and getting support from Marc is awesome, and I’m extremely grateful for it.”

Battle Born FC will compete in the 4th Division of the UPSL and could potentially qualify for the U.S. Open Tournament, which has $30,000 available in prize money for the best clubs across the nation.

The name came in a meeting at the Plaza Hotel in Carson.

The idea behind the team stemmed from the group’s desires to fill a void left by recently departed USL franchise Reno 1868 FC, while “opening up the team to the entire Northern Nevada region.”

After bringing in members from other soccer fan clubs, including the 1868, fans of Battle Born FC will be referred to as “The Infantry.”

Season tickets and other info is available on the team’s website www.battlebornfc.com

There are 400-plus UPSL teams, which range all over the spectrum in terms of budget, fan attendance and player salaries.

Radow predicts a budget for an expected 20-game season will run around $40,000 for the club.

With Battle Born FC being in its first year of operation, Radow said they will not be paying players but will cover travel and other expenses.

The team has three levels of sponsorships available to those interested, ranging from a title sponsor, to team sponsor and down to sport sponsor.

Team title sponsors will be limited to two sponsors with an expected budget of $6,000-$8,000. The team is looking for a maximum of 10 team sponsors and has no limit on sport sponsors.

Other sponsorship opportunities are also available with the club.

Battle Born FC anticipates facing COVID restrictions and has said it has no problem traveling to other states to get in games. It’s an ongoing issue that the UPSL is also working to solve as a league communicating with each state to work with COVID protocols.

“Because we are ready, willing and able, I have a high confidence level we will play and we will play home games. It would be an unlikely scenario that we play all away games,” said Radow. “It’s a very, very remote possibility that we would just not play.”

Should the club not be allowed to compete in the upcoming season due to COVID, Radow said he still plans on keeping the team alive and scrimmaging other programs until they can safely return to play.

“This still needs to be done,” said Robles.

Radow, Robles and Martinez have big plans for Battle Born FC, which extend well beyond getting the club off the ground in the coming weeks.

The goal of the trio is to continue to develop soccer in the area, build a successful product and one day bring soccer-specific facilities to Carson City.

For more info about the club, you can visit www.battlebornfc.com. Those with interest in the fan club can email TheInfantry@BattleBornFC.com to get more information about season ticket packages and other merchandise opportunities.