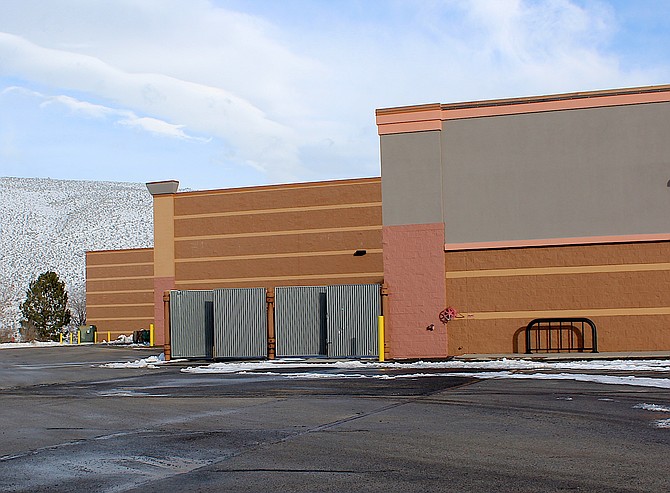 Urban miners used ropes to scale the back of stores at Carson Valley Plaza and ripped out 1,000 feet of copper tubing in March 2021.

A Sparks man is being held in connection with urban mining that did $22,000 in damage to buildings in the Carson Valley Plaza in March.

According to court documents, a maintenance worker discovered that someone had stripped the copper tubing from the heating, ventilation, and air conditioning unit above Famous Footwear on March 10.

It was soon discovered that all the copper from the units on top of the shopping center had been cut free. Ropes that were used to access the roof were found hanging off the back of the building.

There was also a lot of blood from where the thief had apparently injured himself and left some of the copper behind.

That blood was collected and tested to attempt to find out who was behind the theft of 1,000 feet of tubing from the structure.

In documents filed with the court in support of an arrest warrant, Investigator Steve Schultz said he was told by Reno authorities that there had been numerous instances where someone had stolen copper from roof units.

The thefts wouldn’t be discovered until someone tried to use their air conditioner.

DNA from the blood sample allegedly determined Arizmendi was a suspect. Phone records subpoenaed reportedly placed him near Douglas County early on the morning of March 10.

On Wednesday, East Fork Justice of the Peace Pro Tem Paul Gilbert reduced Arizmendi’s bail to $12,500 cash or bond. Arizmendi said he co-owned his home in Sparks and expected to be able to hire his own attorney once he makes bail.

He is scheduled to return to court on Jan. 5 with a preliminary hearing set for Jan. 14.

Urban miners vandalize equipment for valuable metals. Thieves use metal saws to steal catalytic converters from vehicles for the precious metals they contain.

A vehicle on Hot Springs Road in Saratoga Springs had the converter cut from it sometime overnight on Nov. 16.

Anyone with information about that theft or other instances may contact the Douglas County Sheriff’s Office at 775-782-5126.