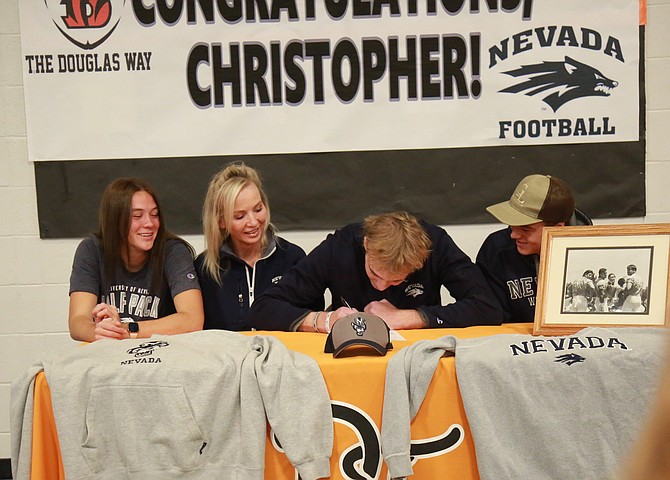 Douglas High senior Chris Smalley signs his National Letter of Intent to play football next fall at the University of Nevada Reno. Pictured alongside Chris from left to right are his sister, Madi, mother, Wendy, and brother, Cole.
Photo by Carter Eckl.