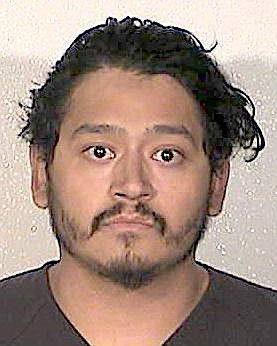 A Lake Tahoe man admitted Monday he brought cocaine and alcohol to a Stateline hotel room for a $300 sexual rendezvous with a 17-year-old girl, who turned out to be a law enforcement officer.

Oscar Ortega, 26, faces 1-5 years in prison at his Feb. 14 sentencing after pleading guilty to attempted use of a child by sexual exploitation. He also faces a fine of up to $10,000.

Ortega will have to undergo a psycho-sexual evaluation which must find that he’s not a high risk to re-offend in order to qualify for probation.

District Judge Tom Gregory made clear that even if he is found not to be a high risk, he might still face prison.

Ortega was arrested July 7 after he made arrangements through a web site being monitored by law enforcement.

Attorney Adam Spicer said Ortega, a wildland firefighter, is a lifelong Tahoe resident. He has been out on his own recognizance with no issues. Prosecutor Matthew Johnson sought supervision by the Department of Alternative Sentencing, saying that the alcohol and drugs raised concerns about Ortega.

Whether Ortega receives probation, he will still have to register as a sex offender.

A Dayton man who was arrested as the result of a May 21 underage prostitution sting is denying four felony charges.

A three-day trial was set for April 4-6 in the case.

Wolfe said negotiations are being conducted with prosecutors on the charges.

Markwardt-Abrigo was one of three men arrested in the May sting.

Jonathan Lemus was sentenced to 1-3-years in prison after he admitted to charges of attempted abuse of a child for sexual exploitation and soliciting a child for prostitution.

A third man arrested in connection with the sting, where an officer portrayed a 17-year-old, died shortly after the case came to light.