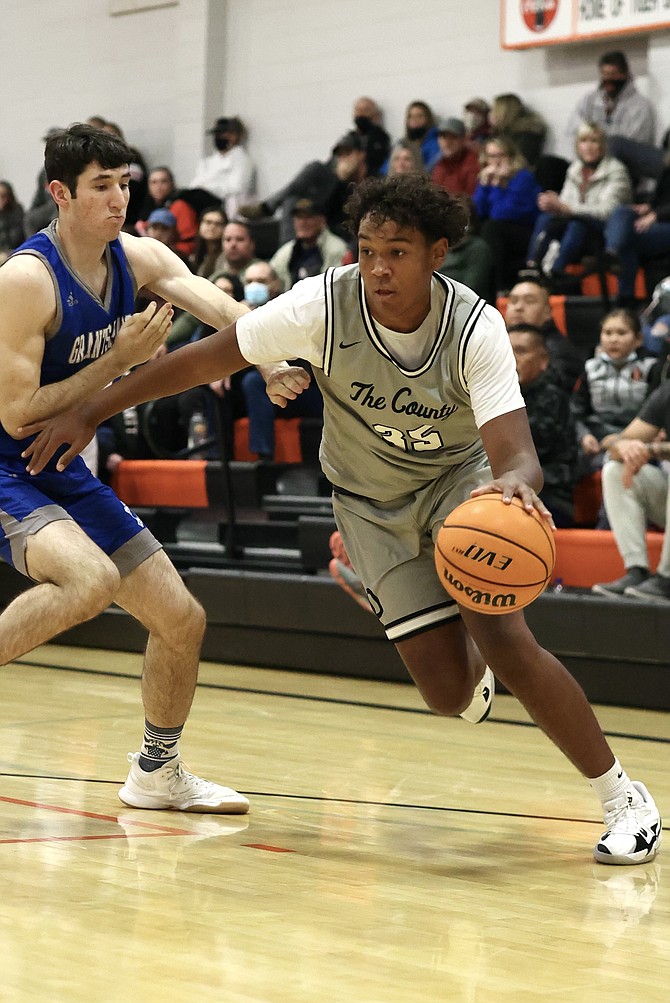 Theo Reid (35) drives around a Grants Pass defender Friday evening during the Tigers' 64-57 win over the Cavemen in Minden.
Photo by Ron Harpin.