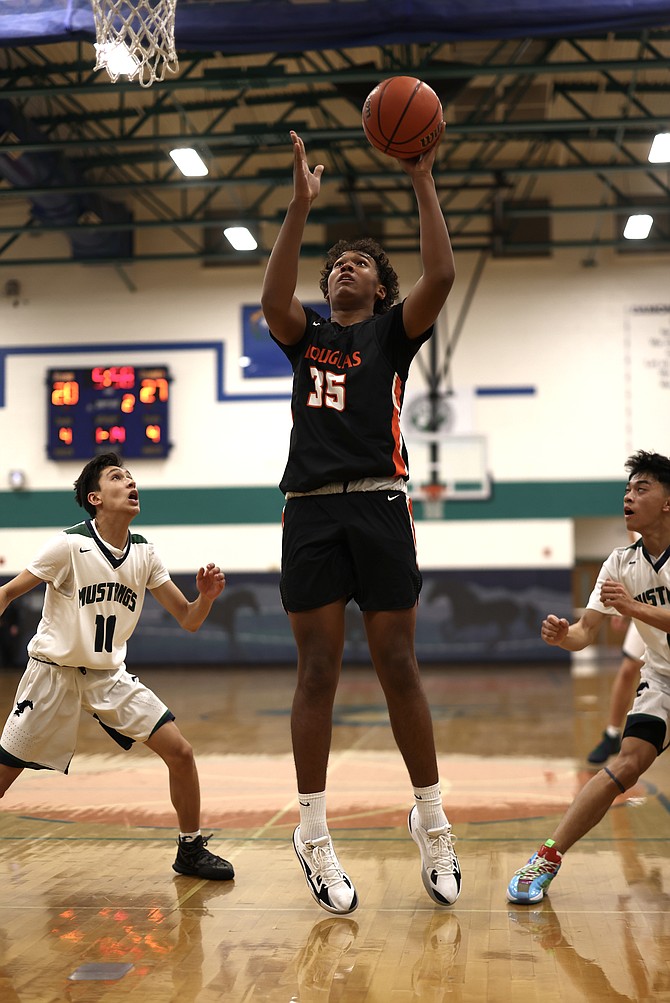 Theo Reid (35) goes up for a shot attempt in the paint Tuesday night against Damonte Ranch. Reid had four points in the Tigers' loss.
Photo by Ron Harpin.