Figuring out a way to gel

Douglas girls' basketball excited to be playing once again 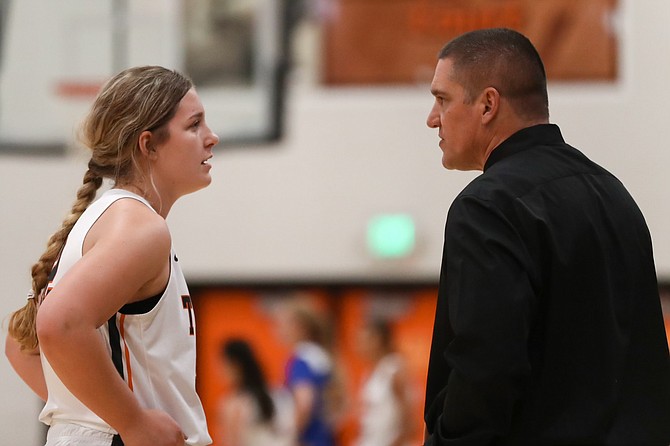 Riley Mello talks with her father and Douglas High girls’ head coach Brian Mello during a contest two seasons ago. Both are anxious to see what the Tigers can do on the floor this winter after nearly a two-year layoff.
Photo by Ron Harpin.