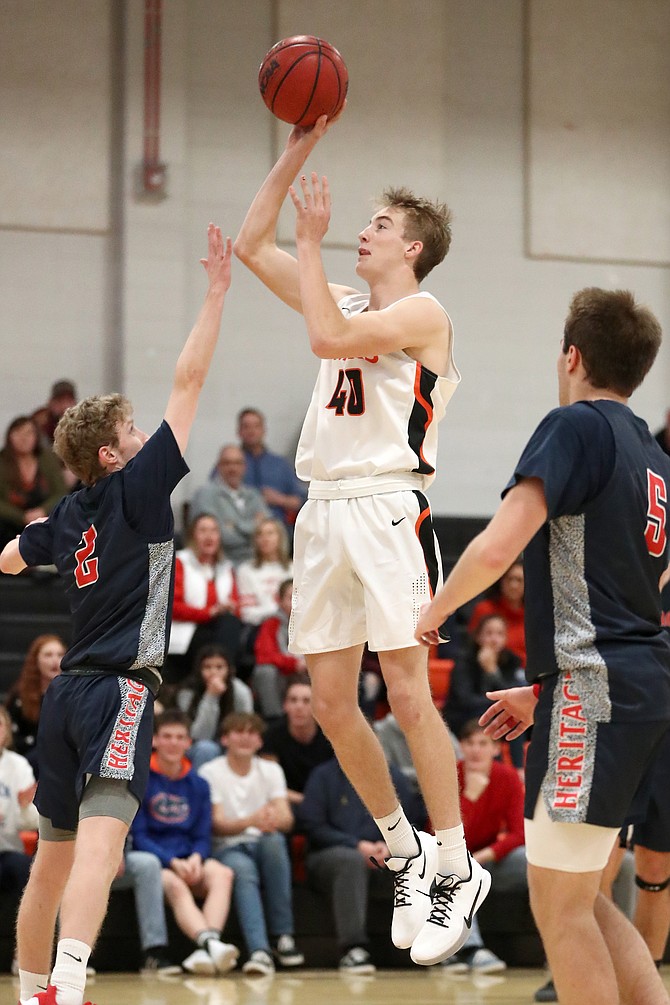 Chris Smalley rises up for a shot during his sophomore season on the Douglas High boys' basketball team. Smalley, a senior, will be one of many highly talented pieces on the Tigers team this winter.
Photo by Ron Harpin.