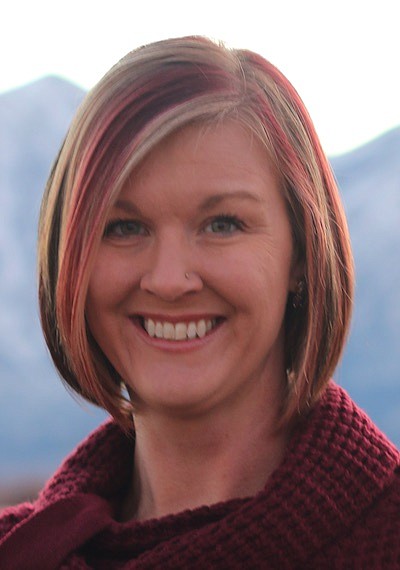 Douglas County Clerk-Treasurer Amy Burgans, who was appointed in December 2020, announced she is seeking to be elected to the position.

“My desire to serve the community has always been a driving factor in my career, and the position of Clerk-Treasurer has given me a new avenue to do that,” Burgans, 43, said. “This is the most amazing community. It is an honor and a blessing to be able to work together with my team to see that the people who need assistance have it, the business of the county is handled well, and our elections are conducted with the highest integrity.”

Burgans, a Gardnerville Republican, was appointed to replace former Clerk-Treasurer Kathy Lewis, who was herself was originally appointed in February 2015.

After joining the military right out of high school in 1996, and being honorably discharged in 2005, Burgans moved to Gardnerville in 2006. She has one son in the army, two sons at UNR, and two school age children (one boy and one girl) at home.

Burgans said she is “a highly organized, structured, motivated and dedicated” person.

“Homeschooling all five of my kids taught me how to multi-task and prioritize,” she said. “It also taught me how to see people as individuals. It is important to listen to people to understand what they require.”

Burgans worked full-time and earned a bachelor’s degree in business management from the University of Phoenix while working on her children’s education.

Along with many other employers during the COVID crisis, she found herself short on staffing.

Re-organizing to better address the needs of the community went a long way in reaching a solution, she said.

“Finding the right candidates to fill open slots brought the office to the level of excellence I sought to achieve,” Burgan said. “We were able to promote from within and hired some amazing new additions, so we are now a fluid team.”

“This place is home,” she said. “It is where I have raised and will continue to raise my children. I love the small town feel that is created by the people that live here, and I hope I will be able to serve them as Clerk-Treasurer for many years to come.”