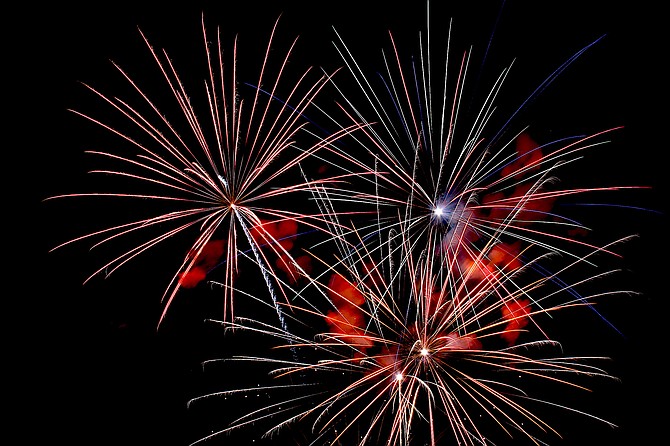 Fireworks lit up the night sky on Thursday as Gardnerville greeted the Christmas season.
Photo by Kurt Hildebrand.

Officially, there were only supposed to be 499 people at Heritage Park for Gardnerville’s Christmas Kickoff.

Easily more than twice that number of celebrants turned out for the fireworks in the park.

There were lines for Santa, for cobbler, for popcorn and plenty more people sitting on the lawn watching dancers and musicians perform.

It was the fifth fireworks show put on by the Town of Gardnerville to greet the season.

And unlike the 2019 show, there was no fog, wind and the temperatures were so mild it was almost too warm by the many fire pits.