Reflecting on a long career 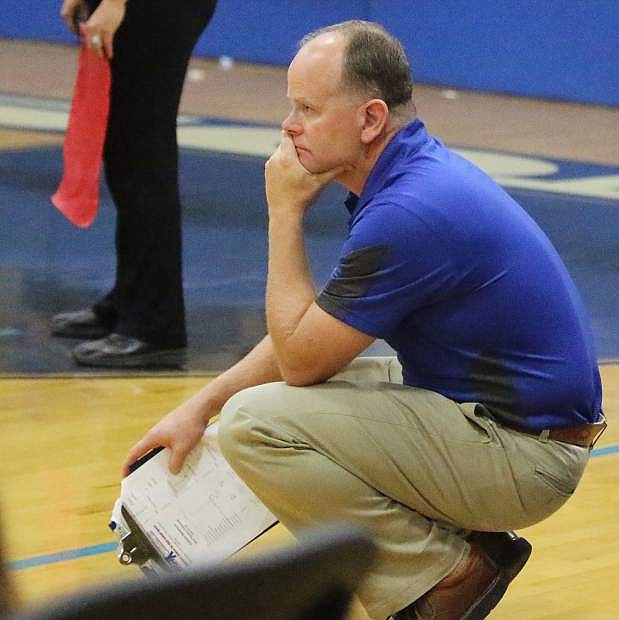 Robert Maw looks on from the sideline while still serving as the Carson High head coach in 2017. This summer, Maw stepped down from the position and handed the reigns over to a former player.