Trio of purse-snatchers sought in $3,000 theft 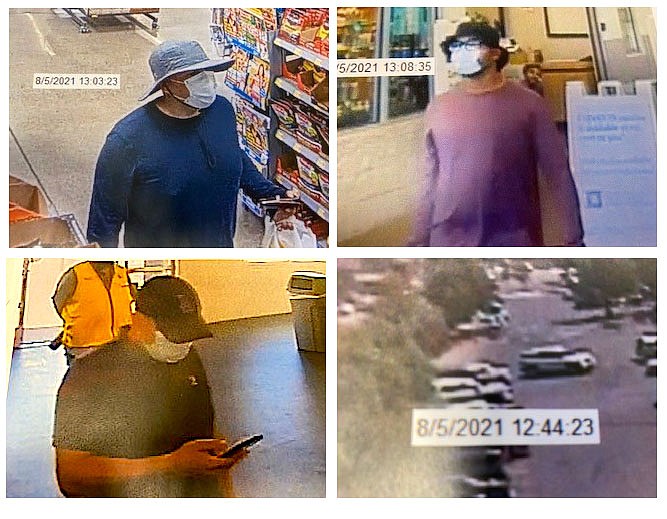 Authorities are seeking a trio of purse-snatchers, who stole a handbag containing $3,000 and several credit cards on Aug. 5.

Occurring 12:45 p.m. at Trader Joe’s the thieves then went to the Topsy Walmart and started purchasing items.

While still inside the store, they were confronted by the victim, who was unable to stop them from leaving.

All three of the thieves were men of average height and build. They were wearing masks and hats that obscured their faces.

Witnesses said they got into a newer model white Ford Explorer with California temporary license plates.

Reports are that the Explorer was last seen northbound on Interstate 580 in Carson City.

Anyone with any information regarding this is urged to call Douglas County Sheriff’s Office Deputy Erik Eissinger at 775-782-5126.

All other leads have been exhausted and we are seeking the public’s assistance at this time.