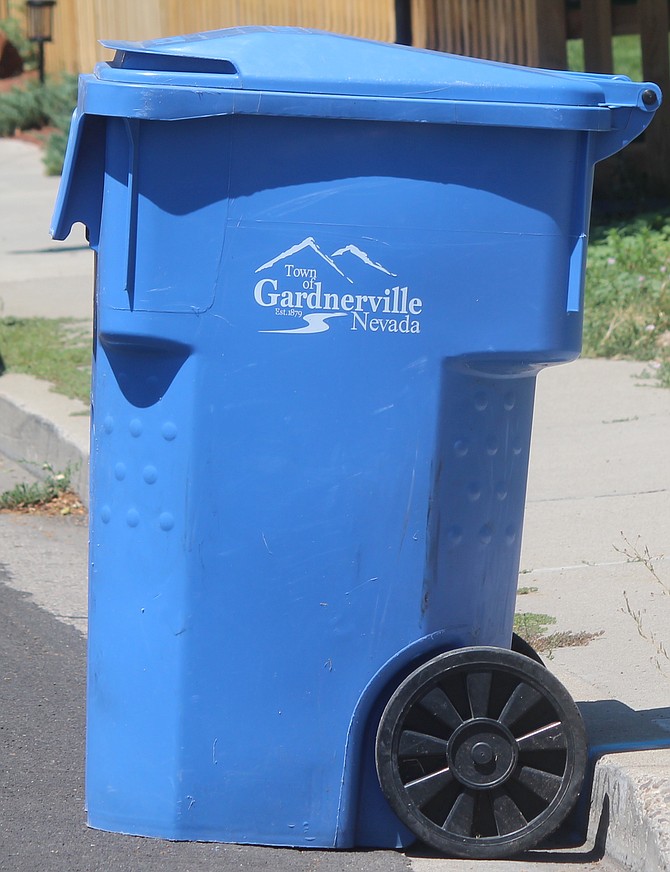 A debate over totes versus bins for a new project south of Gardnerville sparked a fight over annexation into the town.

A debate that started over trash collection could end up in court after Douglas County commissioners approved an ordinance to annex Stoneridge Villas.

Commissioners Danny Tarkanian and Wes Rice voted against the annexation, with Rice pointing out the county’s own attorney issued an opinion in opposition at their Aug. 5 meeting.

At its core, the issue over annexation was about how and who will be collecting eventual residents’ garbage.

Under the proposal, residents of the project will have a 99-year lease on their lots in an effort to reduce the cost of the lots. Residents would purchase manufactured homes to place on the lots.

Developer Chuck Hathoot wants each of the residents to have their own totes, while the town is requiring larger trash bins in enclosures through the project, which is how Aspen Park residents handle their trash.

“As a result of the dispute with the town, the developer obtained trash services from a private party,” Deputy District Attorney Sam Taylor wrote. “The trash service was the only service the town provides that could possibly justify the annexation.”

“As the development will not be relying on any services from the town, let alone ‘substantially all of the town services’ as required by Nevada law, there is no lawful basis to approve the town’s request to annex the Stoneridge property over the objection of the developer,” Pagni said in a letter.

Both Gardnerville and Minden operate their own trash services for homes within their boundaries.

According to the town, the property is in the master plan as part of the town’s build-out boundary.

Hathoot agreed to annex to the town in several public meetings held on the project.

In a letter to the county, Town Manager Erik Nilssen asked commissioners hold developers to promises they make during the approval process.

Annexation generates about $60,000 a year in additional taxes for the town.