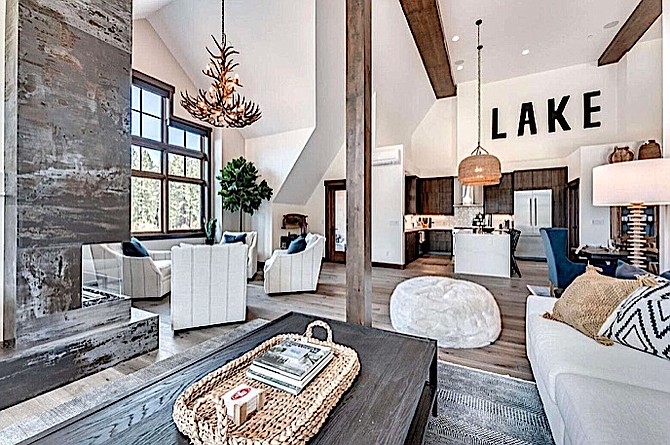 A condominium at Stateline in the Douglas portion of Lake Tahoe sold for a record $6 million.

The Tahoe Beach Club announced on Monday that the five-bedroom, six-bathroom, 3,970-square-foot condo located at 17 Beach Club Drive was purchased by a Las Vegas resident. The price of $1,561.71 per square-feet is the fourth highest amount for a condo, the Tahoe Daily Tribune reported on Tuesday.

According to the Douglas County Assessor’s Office, the median sales price for home in the second quarter of 2021 was $1.697 million with the average price at $2.4 million.

That’s up from an average of $1.84 million in the first quarter.

There were 93 home sales at Lake Tahoe in the first six months of the year.

Lake Tahoe is home to six of the 10 highest assessed valuation properties in the county.

The owners of Harrah’s and Harveys, Vici Properties, which leases to Caesars Entertainment, had its property assessed at $78.69 million. Edgewood Companies, which owns Edgewood Golf Course was assessed at $48 million.

Starbucks manufacturing plant is third at $356 million followed by Harich Tahoe, which operates the Ridge Tahoe is fourth at $28.5 million while Neva One, which leases the former Mont Bleu is at $19.8 million.

Two Lake Tahoe homes worth $10.4 million and $9.94 million area have the eighth and 10th highest assessed values in the county.

The top 10 assessed properties account for 7.13 percent of the county’s $3.7 billion assessed valuation.