A positive COVID-19 test with the Lancers cancels bowl game 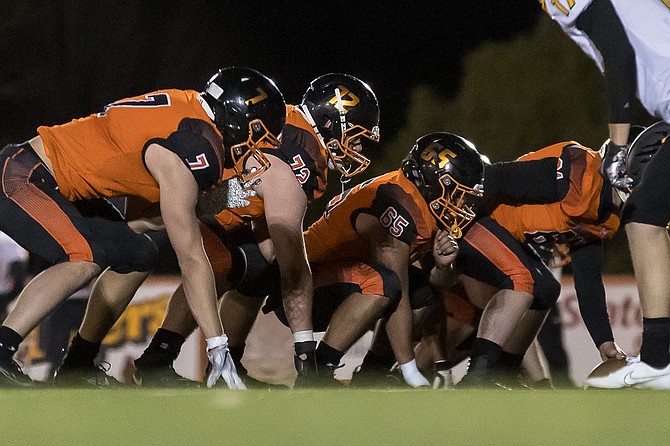 The Douglas High School football team's offensive line gets ready to snap the ball against Galena in the season opener. The Tigers will not take part in a bowl week after a cancellation, meaning head coach Ernie Monfieltto's final result will be a 38-9 win over Carson Photo by Ron Harpin.