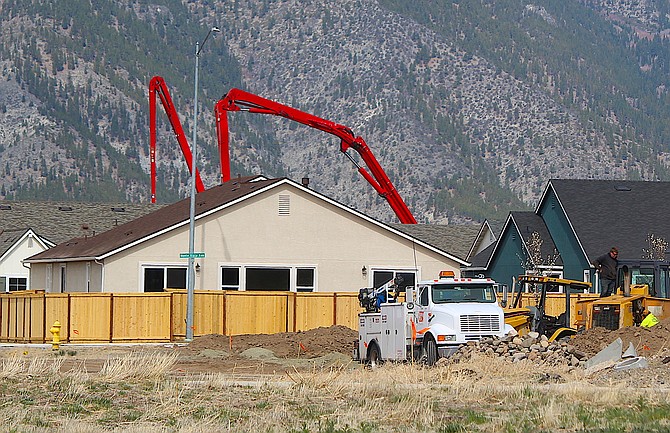 Douglas County merchants had a second good month in a row in January, with a 6.8 percent increase in taxable sales over January 2020.

According to the Nevada Department of Taxation, the county saw $68.8 million in taxable sales. Nevada doesn’t charge sales tax for groceries or labor.

One of the major sectors to drive the increase are nonstore retailers, which includes Amazon and other web-based sellers. The sector reported $7.69 million during the month, up 44.5 percent from the prior year.

General merchandise stores, including the county’s two Walmarts and a Target, saw an 18 percent increase to $8.76 million.

Despite only having one car dealership in Gardnerville, motor vehicle and parts dealers reported $4.6 million in taxable sales, up 40 percent from last year.

Building material and garden equipment and supplies saw an 18.7 percent increase to $4.68 million over last year as the county’s building boom continued into the winter.

Food services and drinking places and accommodations were still still suffering from the coronavirus lockdown hangover in January that wasn’t helped by a lack of snow.

Because it is guaranteed a certain amount of revenue by the state, Douglas sales tax is supplemented. According to the state, the county raised $994,208 of the $1.3 million it received in January.

The unemployment rate in February was 5.2 percent in Douglas, according to the Nevada Department of Employment, Training and Rehabilitation.

There were 1,208 unemployed residents out of a labor force of 23,149, according to the state. Those figures don’t include people who’ve stopped looking for work or whose benefits have expired.

Gaming revenues for February, which included betting on the Super Bowl, were up 15.8 percent at Stateline to $20.47 million. That brought the Stateline casinos to within 3.46 percent of last year at this time.

The coronavirus lockdown occurred on March 17, 2020, so February is the last month with a head to head comparison.