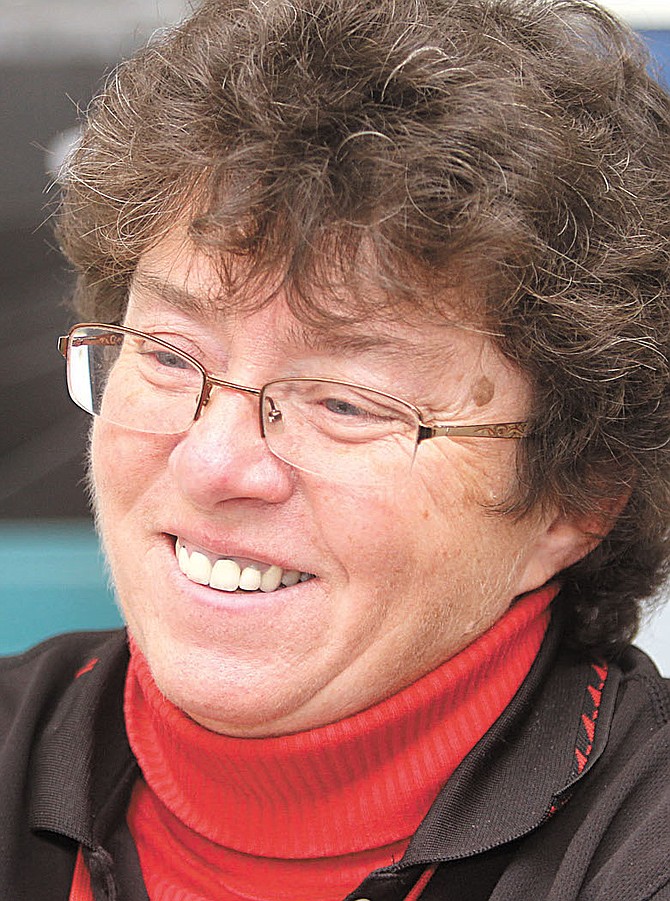 The architect of that ensemble between 2008 and 2018, and current Douglas High School Music Director Tammy Owens was named Nevada Music Educator of the Year on March 25.

Owens was also given a lifetime achievement award by the Nevada Music Educators Association during a ceremony held on Zoom.

“It has been an amazing career that has given me so much joy and many, many fond memories that I will forever cherish,” Owens said on Friday. “None of this would have been possible if it weren't for my amazing students, their parents, this incredibly generous community and my supportive administration and colleagues.”

Owens has been teaching for 34 years, with 18 in Douglas County.

“I will be retiring at the end of this school year and am looking forward to the next phase of my adventurous life,” she said.

“Her son and my son graduated high school together,” she said.

Frogget wrote the letter supporting Owens’ nomination and presented the Educator of the Year award to her during the Zoom meeting.

In the letter, Frogget said that Owens spends hours before and after shool looking to help her students.

“Her music room is always full before and after school – and during lunch time – with students who feel her room is a safe haven,” she wrote. “Everyone is welcome in her classroom.”

The Fighting Tiger Marching Band has grown every year, achieving high marks, but Frogget said that’s not why she reaches for perfection.

“By allowing her students to become the best they can be and to be proud of whatever marks they receive, they in turn learn to be proud of who they are and learn to be part of something bigger than themselves,” Frogget said. “She also teaches them to be aware of their community by having different groups perform for various charitable organizations and events.”

Owens started out at Smith Valley High School where she developed a successful band program before coming to Douglas County.

She started out in Douglas directing Meneley and Scarselli elementary school bands before moving to Pau-Wa-Lu Middle School in 2008.

In 2018, she returned to the high school replacing Christi Blahnik who moved to Damonte Ranch High School. Blahnik presented the lifetime achievement award to Owens.

In 2019 the Douglas Dynamics Choir was invited to perform at Carnegie Hall.

Despite being shut down for the coronavirus outbreak, the marching band performed, as if for homecoming, with routines, uniforms and all in October.