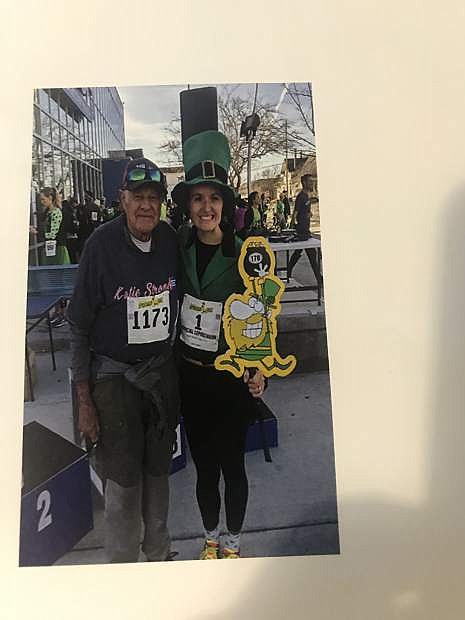 Terry Hogan placed sixth in the men&#039;s 70 and over division in the Leprachaun Run.