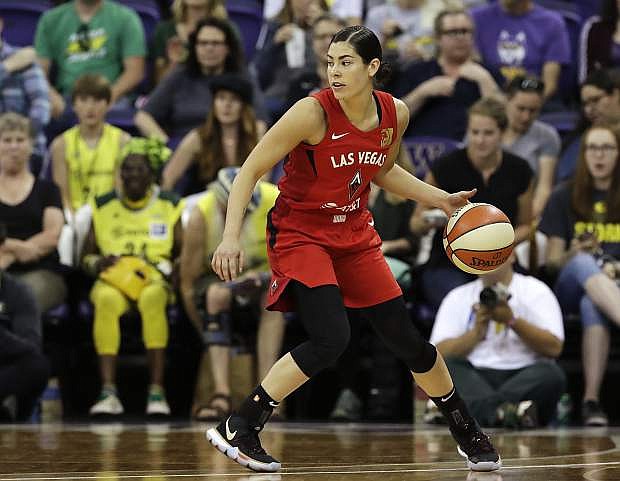 Las Vegas Aces&#039; Kelsey Plum during a game July 19. On Aug. 5, the Aces will complete a game that started July 5 but was suspended after a 7.1-magnitude earthquake.