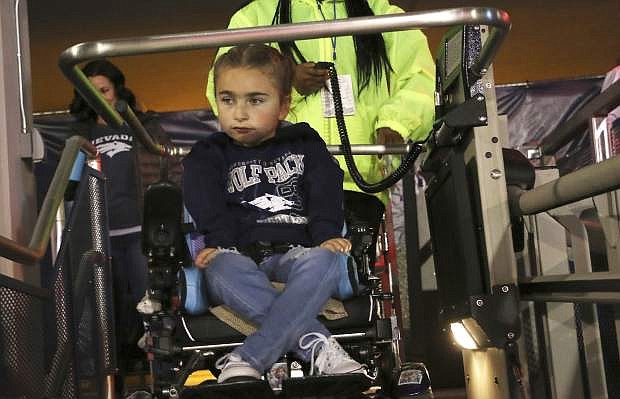 This photo taken Oct. 13, 2018 shows 7-year old Ella Marini getting loaded onto a special lift as she makes her way into Mackay Stadium to see Nevada take on Boise State in Reno, Nev. Lawyers for the University of Nevada, Reno are asking the state&#039;s board of regents to authorize a lawsuit against architects they blame for a botched renovation project that left the school&#039;s football stadium in violation of the Americans with Disability Act. (Jason Bean/The Reno Gazette-Journal via AP)