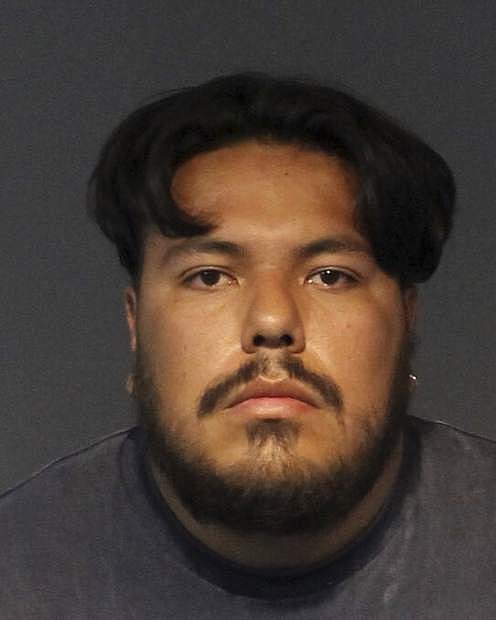 In this Tuesday, July 9, 2019 booking photo, is Yonatan Zuniga-Sanchez, 23, of Incline Village, Nev., at the Washoe County Jail in Reno, Nev., where he&#039;s being held without bail as a suspect in a road-rage incident on the Mount Rose Highway. He&#039;s accused of firing a BB gun at another vehicle and shattering a window on the highway between Reno and Lake Tahoe.