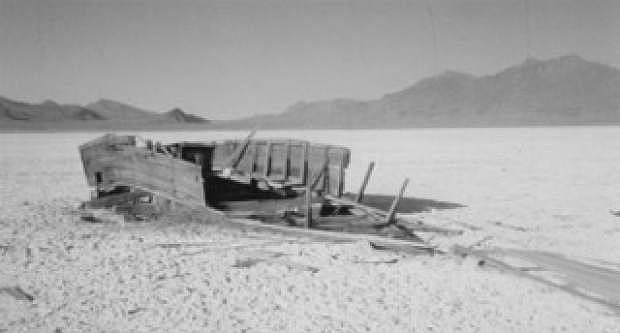 Wreckage of boat on the now dry Winnemucca Lake.