Elko pulls away to win Northern 3A regionals 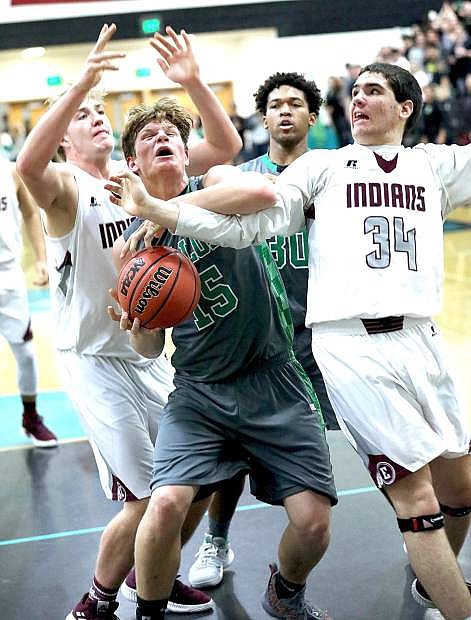 Fallon junior Thomas Steele is fouled by Elko in the key of the first half of Saturday&#039;s 3A Northern League Championship at North Valleys High School.