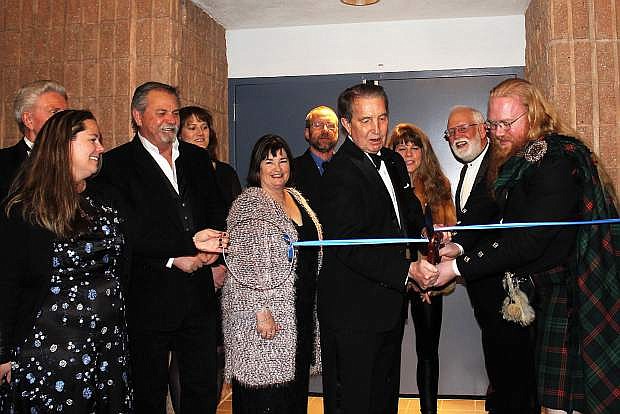 Mayor Robert Crowell is joined by Supervisors Lori Bagwell, Brad Bonkowski, John Barrette and former Supervisor Karen Abowd along with Parks Director Jennifer Budge, Chamber of Commerce Chair Bob Fredlund, and theater manager Eric Klug as the ribbon is cut to celebrate the grand re-opening of the Bob Boldrick Theater after the remodel.