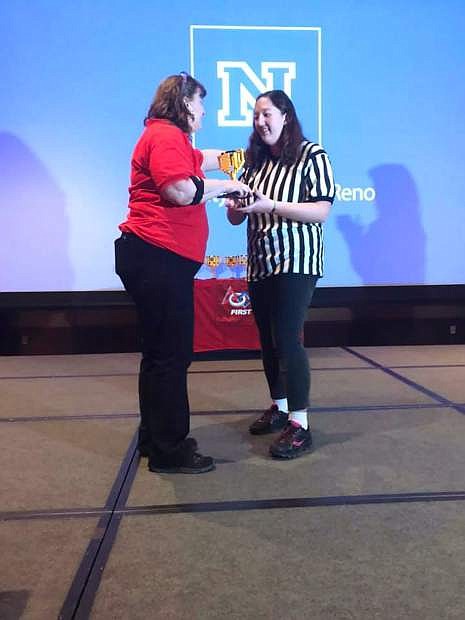 Nanami Duncan, right, a junior at Carson High School, received the Outstanding Volunteer award for her work in the FIRST LEGO League program.